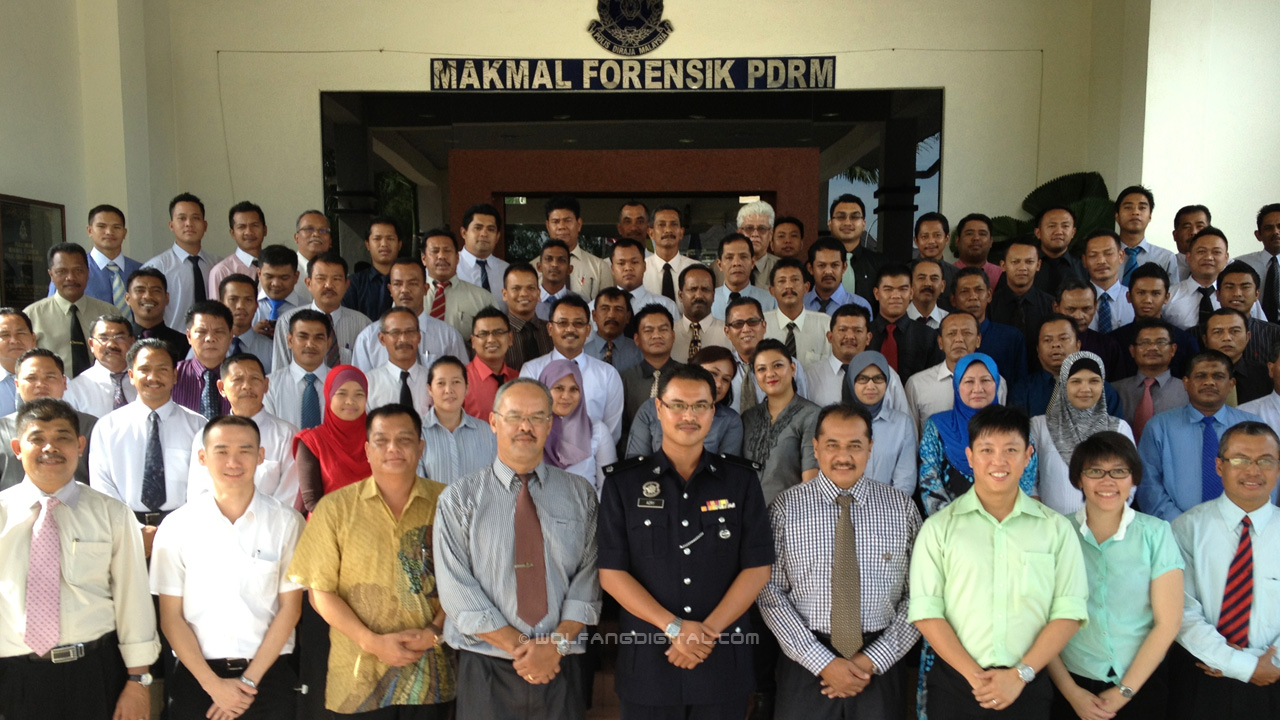 Although in the past we delivered a number of video editing classes to the armed forces at the Royal Military College, we were nevertheless pleasantly surprised when we got the call to conduct a course for the police. What actually shocked us was the number of students we would have in the Edius Film Editing Course in this class- a large crowd of 40 plus participants. Forensics cops from all 13 states and the capital sent their representatives to attend. With them came their customized Edius workstation and dual monitors. Our Edius Video Editing Course was held at the Makmal Forensik (Forensics Lab), next to Maktab Polis Diraja Malaysia.

The room was packed to the brim when we began the training that morning. The course was specifically created for members of the Criminal Investigation Dept., Forensics Dept., Photography Unit also known as Jabatan Siasatan Jenayah, Forensik, Unit Fotografi (CID, D6C).

We are helping to solve an issue and streamline workflow during Edius video editing class.

While on a case, each team would select a camera that met their needs. Panasonic, Sony, Canon, in the end it was the end justifying the means. They made the right choice to select Edius to read and edit their files. Edius multi format ‘Edit Anything’ slogan is not just bold words. Congrats to all participants. Signing the large volume of certificates took us half an hour!

Being a Forensics videographer meant churning out videos quick enough for the other departments to view and take appropriate action on the streets.

During breakfast, we were told they had to move fast and perform camera operations so smooth it was as if breathing. The had to move fast as suspects tend to be very hostile towards cops in plain clothes, mingling amongst them. Rocks, tiles and various projectiles were thrown their way on the line of duty… and we in the film production industry talk about tough jobs!

Justice via Forensics. We were treated as VIP guests here. Looking forward to return to deliver more training.

Topics that we covered included creating a smooth workflow between the various brands of cameras and Edius, color grading and encoding formats for web and presentation in a court of law!

By the time the course was over, we had new found respect for these hardened law enforcement videographers and they learned how to edit their videos more efficiently.

Want to attend a course with us? Please fill up the form below