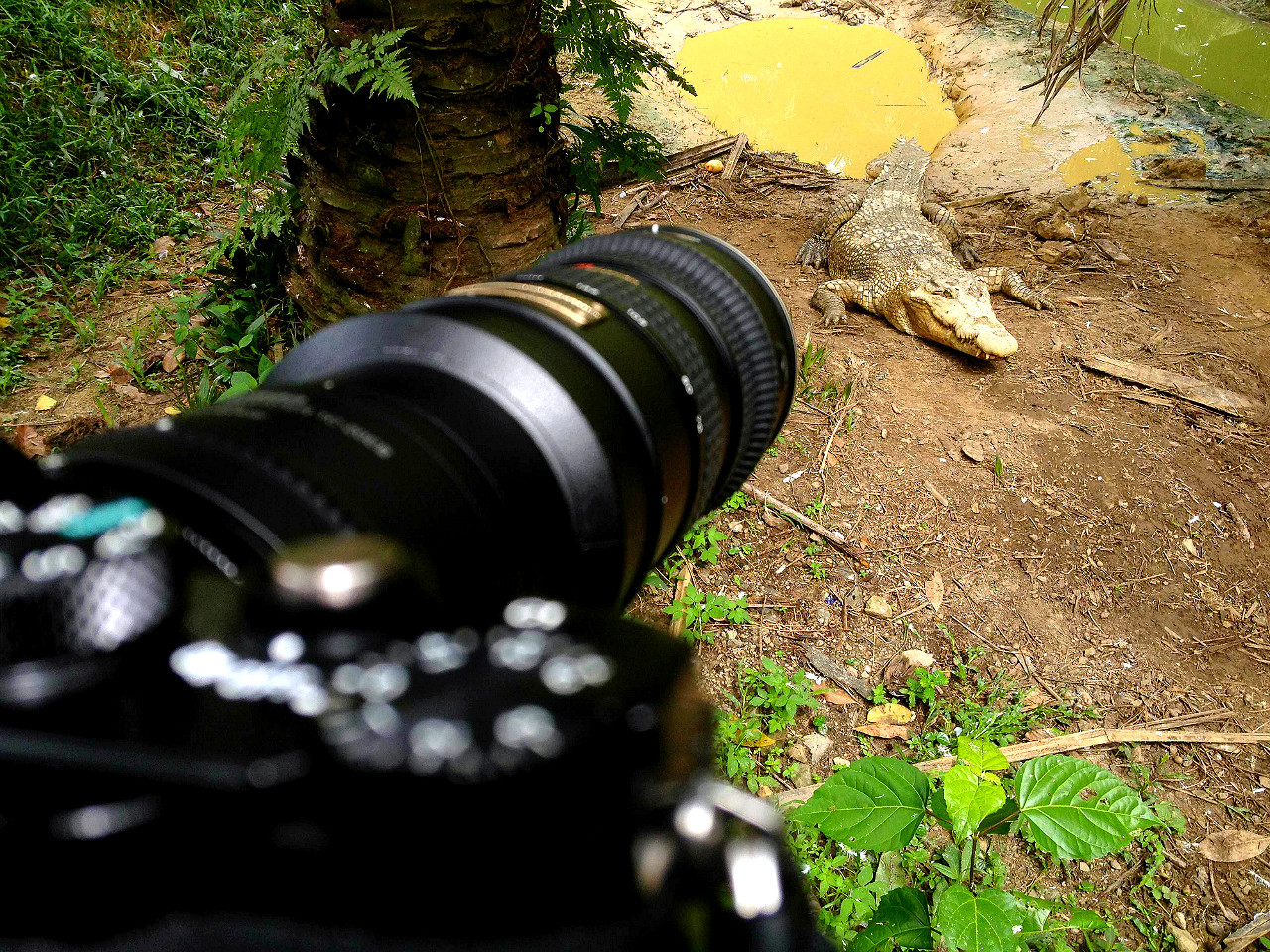 For 27 days we filmed in jungles and at sea. We visited wildlife sanctuaries, wildlife centers and national parks across Thailand, Borneo and Malaysia.

A challenging day: taking off, flying alongside a speeding boat and then landing. All these on the South China Sea #wildlife #documentary #filmmaking #drone #dronie #gopro #goprohero4 #onlocation #aerialphotography #djicreator #multirotor

I had the great opportunity to be hired as a cameraman and the UAV pilot for a Swedish TV production called Söndag med Sofia (Sunday with Sofia).

The host Sofia Rågenklint is a pop icon in Sweden. She is loved by children and adults for her perkiness and nature loving personality.

This job was physically demanding- lots of walking, running and even hiking. We all got very tanned from the tropical sun. But through it all we are grateful we were very well taken care of by Pop Films Asia. They did a fantastic job making this production run smoothly and efficiently.

In this documentary shoot, I had to move fast to capture the shots of wildlife and most of the time, my subjects happen to be quite far away. That being the case, the 70-200mm became my main lens for the duration of the shoot.

Hoping to film Ritchie, the most aggressive and largest orangutan in Borneo. The rangers told us to camo our monopods and don't raise it at them #wildlife #documentary #borneo #sonya7s #a7s #nikon #nikon70200 #metabones

The challenge for me as 2nd unit cameraman is using a long telephoto lens and keeping the camera steady (photos are easier but for videos the challenge is much greater). I work alone, covering inserts or B-roll footage. Sometimes I had to film next to the main camera unit in an MCP (multi-camera production) setting.

Almost always our MCP shoots were covering Sofia our host as she walked around and conducted interviews. The wide apertures and large sensor of the full frame A7s also meant nailing the focus was crucial.

Flying our UAS (Unmanned Aircraft System or drone) was a complete joy until Fredrik our executive producer (or Henrik our film director)made requests. When Fredrik made requests it became a challenge but by the end of the production, I became a much more precise pilot.

When flying in the jungle, below the tree cover Fredrik would ask for me to ‘Higher, fly higher!’ On the ocean, it would be ‘Fly lower!’ At riverbanks, it became ‘Faster, fly faster!’. The most difficult would be scenes involving talents and then it would be ‘Could you fly just a little closer?’.

After a long wait, wild Bornean sun bears emerge from the jungle. It's a wrap! What? Not yet? Oh… #wildlife #documentary #filmmaking #borneo #nikon #nikon70200

The UAS was deployed almost every day. Almost every location had little GPS triangulation and I had to fly manually without aid from GPS to stabilize the aircraft. Like I said, I became a much better pilot because of this production.

The good, the bad and the ugly all wrapped into one big bold alpha male proboscis monkey #wildlife #documentary #filmmaking #borneo #nikon #nikon70200

This documentary shoot was one of the best jobs I’ve had. The challenges made me a better cameraman and drone pilot. I learned a lot from Fredrik and Henrik and we are blessed with the wonderful Sofia who made any stressful day like a walk in the park.

While looking for dolphins, it turns out the strange structure in the middle of the ocean is a shipwrecked barge #wildlife #documentary #filmmaking #filmlife #onlocation #shipwreck #sonya7s #nikon #nikon70200

This production was a well-oiled machine. Our travels by sea, air and land was efficiently organized, there were times we landed, shot the following day and flew off again. Our meals were always something to look forward. You never knew what you were getting but it always started our day right. The lodging was always comfortable and clean- this was a physically demanding shoot but when we returned to our room, we could always start the next day well rested. We had PopFilms Asia to thank for that. We were always well taken care of. Visit their website here for production support: Pop Films Asia

We are off raiding crocodile nests for their eggs today. We just have to go past this one #wildlife #documentary #filmmaking #borneo #nikon #nikon70200 #videography #videographer

Hire us as your cameraman

Hire us as your Aerial Videographers