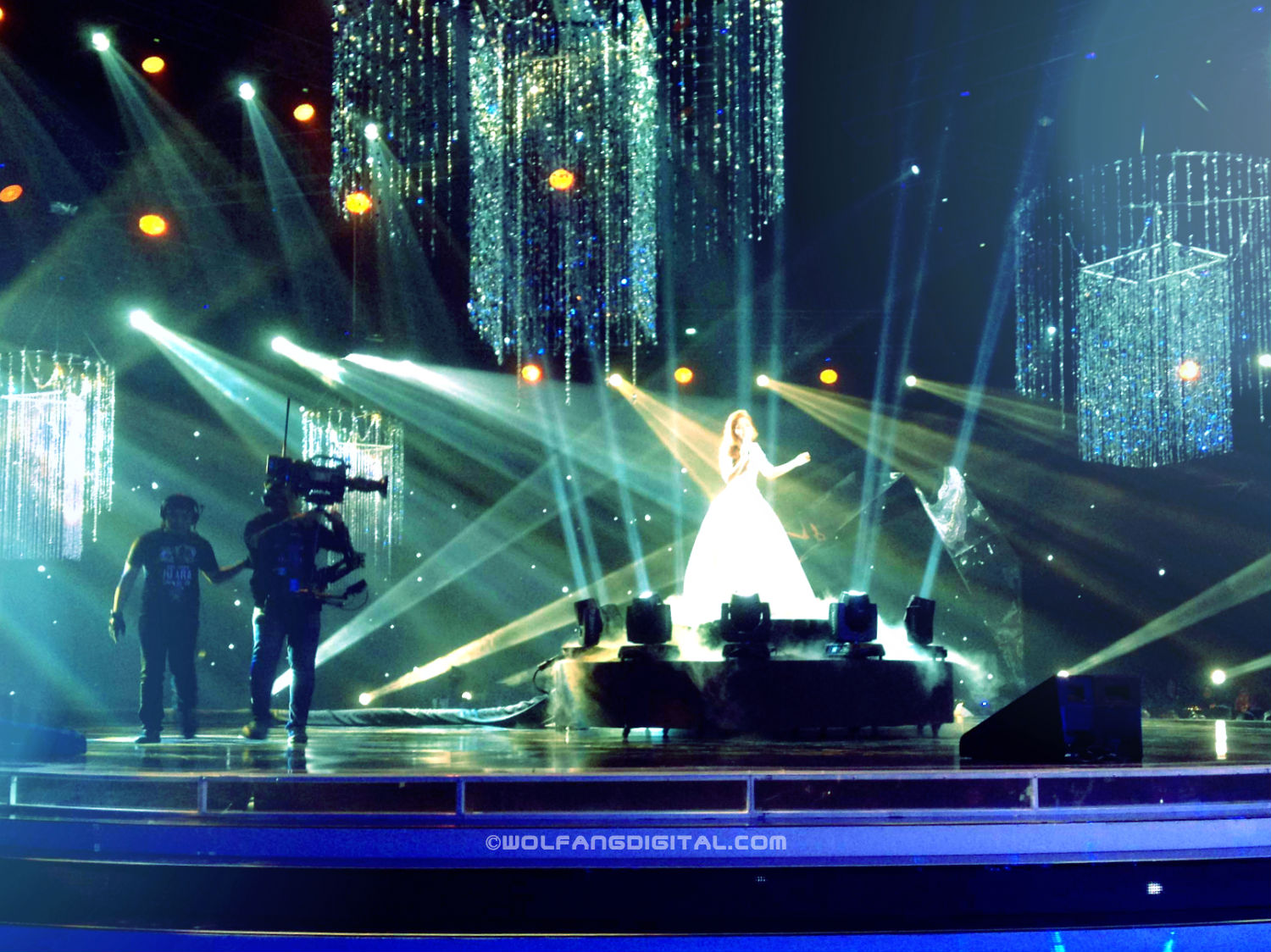 The stadium was packed, the walkway too narrow and we were live on air but after our training, my Steadicam students at TV3 were confident and ready.

Anugerah Juara Lagu (Champion of Songs Award). In its 29th year, the AJL is one of the biggest live shows for TV3 Malaysia. I conducted on location steadicam training at Stadium Putra indoor stadium.

Keeping a close eye on my Steadicam team as we prepare to go live on national TV for Anugerah Juara Lagu.

I recall my own experience, from having zero knowledge to getting certified. Then I was hired as operator for film & TV shows and now I’m a Steadicam trainer at a TV station. My highest thanks to my instructors from Tiffen, USA and and Tegas Broadcast & Multimedia for helping to shape my career!! As I watched my students fly solo with the Steadicam, I could not be more proud of them. As soon as they were on air, none of the other 13 cameras could cover for them. They were on their own. They did a fantastic job at keeping headroom and perfecting that graceful move the director wanted. Their Steadicam training really paid off. Congrats, Hairul Izuan and Mohd. Rafi, you done made me proud! Proud of my Steadicam students as they fly solo live on national TV.

Interested in learning how to use the Steadicam? Learn more about our Steadicam Training taught by our Certified Steadicam Operator.