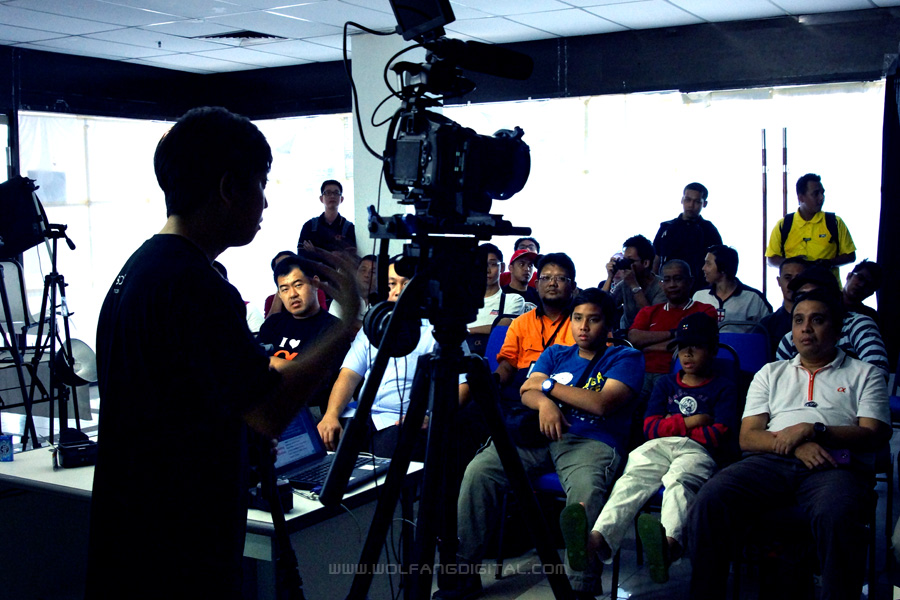 During the recent Alpha Day, we showed off the video features of the A99. The A99 SLT (Single Lens Translucent) is Sony’s flagship full frame camera. The A99 boasts video specs that a videographer can be proud of. Showing off the Sony A99 video specs during national Alpha Day with Sony Malaysia.

Amongst the Sony A99 video specs we presented were:
1) AF-C (Autofocus- Continuous)
The A99 is the only camera based on an SLR design that can successfully autofocus. It does this by using Phase Detection technology, in contrast to Contrast Detection.

2) Clean, uncompressed HDMI output
When the A99 is connected via HDMI to an external hard disk, it is capable of transmitting an enhanced 4:2:2 High Definition video signal. This output is clean. Meaning, we need not worry about recording unwanted user interface display. 3) XLR Adapter (XLR-K1M)
This adapter lets videographers record professional quality sound through XLR connections, giving them better quality audio. For more than 3 years, DSLR video shooters have been recording double system sound as HDSLRs are not up to the task. For many of us, this would be the deciding factor to get the A99. 4) Live Audio Level Adjustment
Just like a video camera, users can tweak their audio levels without having to stop recording. This function is used live, while users are shooting. 6) Silent Multi-controller
This knob was adapted from Sony’s video cameras. It lets users control (among other things) audio levels, focus and exposure settings. Its stealthy nature won’t end up being picked up by the camera’s mic.

7) Headphone Port
Now videographers conducting interviews can monitor audio by plugging a headphone into the A99’s headphone port. Combined with the XLR-K1M, users can now use their camera to record video and audio. No more double system audio and no more post-synching in post! 7) PAL or NTSC Switchable
Depending on which region you are in, you can record at your local TV station’s broadcast signal. Sony A99 DSLT, clean uncompressed HDMI signal to Atomos Ninja2. The UI you see are from Ninja2

6) 3-way Tiltable LCD.
The 1228800-dot TFT display enables a videographer to position his/her camera at higher or lower angles without having to stoop or crouch to see the his shots.

8) Simultaneous Viewing Of Shots via LCD and Monitor
Unlike the competition, the A99 lets videographers view their shot on their HDMI monitor and the camera’s LCD. This is great on larger shoots where the director may wish to have the monitor to himself while the videographer uses the LCD. Previously on other brands, the camera’s LCD will shut off when an external monitor is connected to the camera. Simultaneous viewing on external HDMI monitor and A99 LCD

This event also marks my debut as a Sony Pro Trainer for Sony Malaysia’s video training.