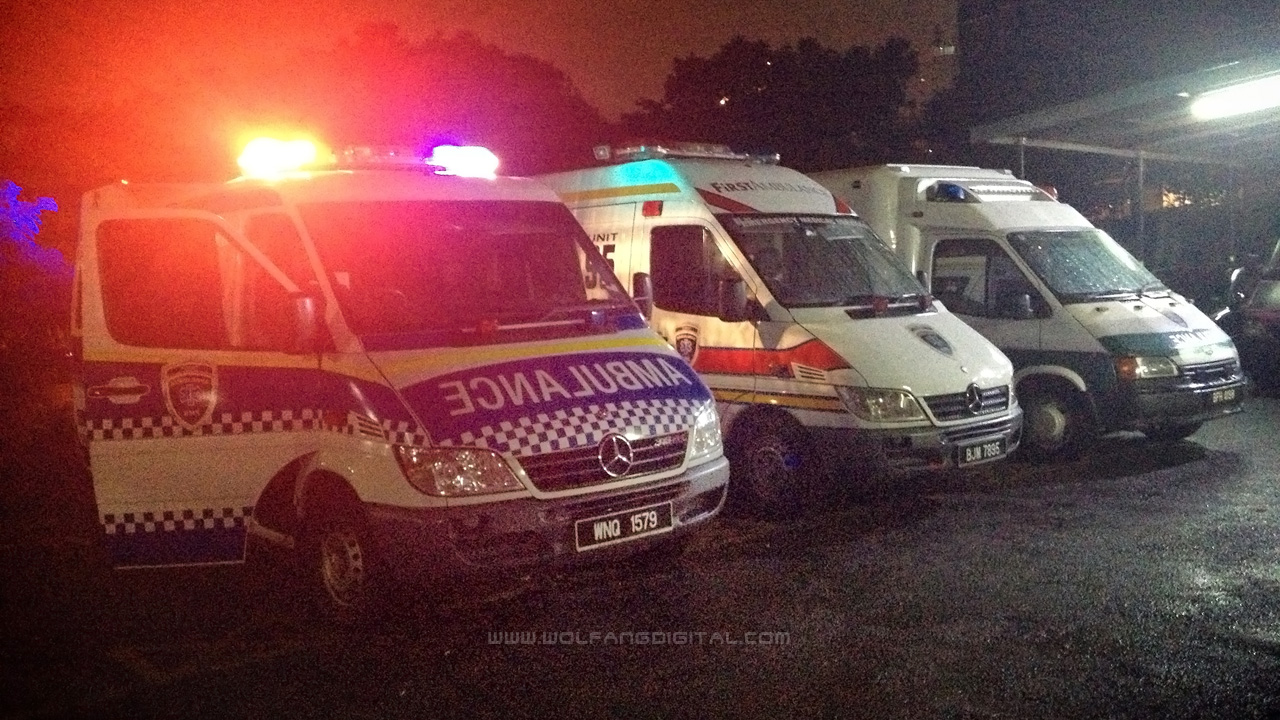 We make a short film on Responsible Drinking for Pernod Ricard Malaysia, the world’s co-leader in wines and spirits. We are delighted to be working with these talented team of students from KDU University. They have been chosen by our client, Pernod Ricard Malaysia, to produce a short film on Responsible Drinking. We got our ambulance from First Ambulance who were very helpful. This is important as we want to make the film as realistic as possible.

This film is made for Pernod Ricard’s Corporate Social Responsibility campaign. It is written by the KDU University students and produced by us, WolFang Digital. Kanae rehearses while Adrian does the lights. The GoPro Hero 3 did very poorly in our night time driving scenes. We'll replace it with the Sony NEX-6.

We planned for a 2 day shoot and cinematography commences tonight! We want to thank Sony Malaysia for their support as well. The Sony NEX-6 on a double-suction cup mount will be used in our night driving scenes. It performed significantly better than the GoPro Hero3

Amongst the scenes we are shooting include a night club, interior of an ambulance, interior of a car, highways and street scenes. The most challenging scene will be a car collision. Our Sony SLT A99 on a Glidecam 4000 Smooth Shooter will be used extensively to give viewers an immersive experience.

Our principle cameras will be the Sony SLT A99 and NEX-6. Our Glidecam stabilizer will be used extensively, well as a new follow focus from Edelkrone. The KDU University team in our first rehearsal.

We are looking forwards to the next 2 days and we can’t wait to tell you about our adventures!