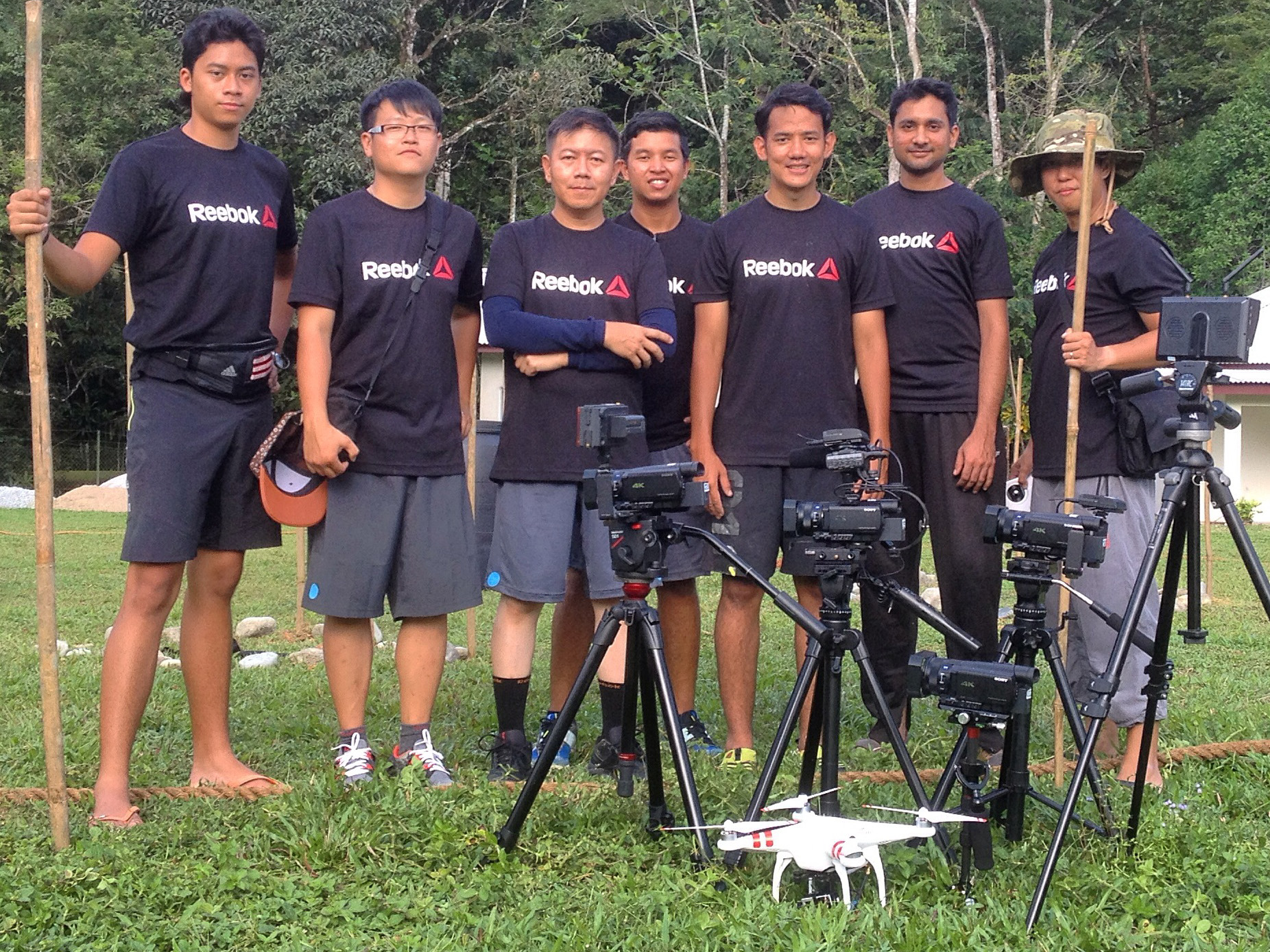 As we lovingly complete each episode of Kampung Quest season 2, we are proud to show you the trailer to the adventure reality show created by Feisk Productions. We were required to deliver season 2 in full HD 1080p but shooting the episodes in 4K gave us a lot of real estate to reframe and recompose our shots during the editing process.

All the episodes were edited in Final Cut Pro X, which handled the new Sony XAVC-S format very well.

Most of the quests (challenges to be overcome by the contestants) were shot in total darkness, usually after midnight. In the middle of rough terrain, our lights were the portable battery operated F&V Z96 LEDs.

Shooting a reality show, we couldn’t be restricted to a 29 minute recording per clip like most cameras. The AX100 had no such limitations.Baron (Aerial Cinematographer) The lights did not seem like much but its lightweight and compact frame let us travel around with ease. The AX100 4K cameras had large sensors which let us shoot the quests in very little light.

Audio quality was equally important. I wanted to be shooting single system sound. I didn’t want our editor to be troubled with any post audio synching. The AX100 handled single system sound recording very well. All we added was the XLR-K1M adapter and plugged in our Sennheiser G3 wireless audio recorders. An AX100 rig like these worked beautifully with impromptu interviews with the urbanites (contestants).

Shooting a reality show, we couldn’t be restricted to a 29 minute recording per clip like most cameras. The AX100 had no such limitations. This compact high resolution video camera setup meant we could run and gun with the urbanites without anything coming loose.

We’ll be updating the blog as the first episodes get released next month. Visit us soon!