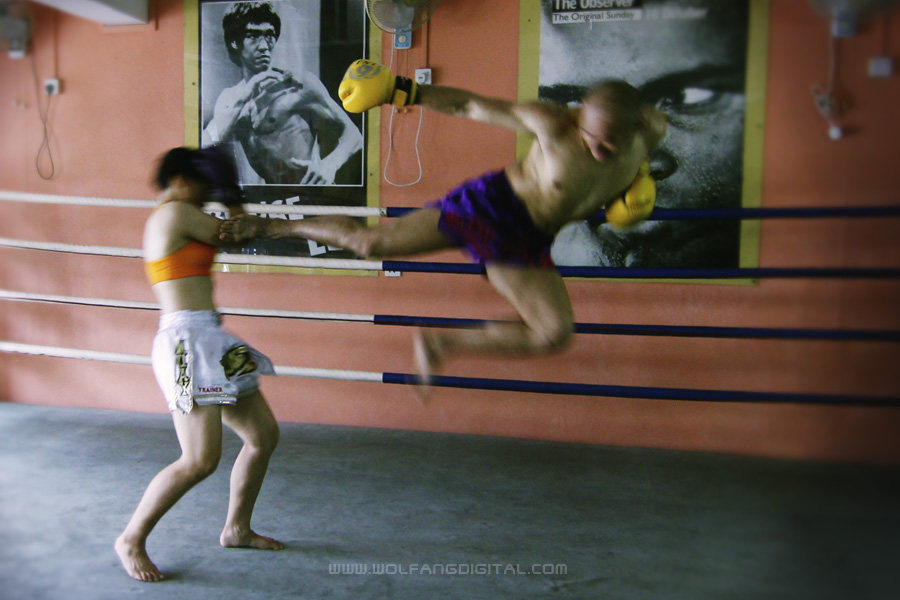 Sony Malaysia contacted us with the opportunity to try out their new NEX-FS700 interchangeable lens cinema camera. We accepted immediately!

This is our Sony FS700 review. The NEX-FS700 sports a Super 35mm sensor. In the world of film, that’s a huge sensor which allows ample room for creative expression. Sony calls their FS700 a digital cinema camera. The FS700 deserves that title.

While its competitors are still struggling with a mere 60 frames per second at full High Definition, Sony nailed it with the FS700, giving us 3 times that frame rate.

The FS700 is targeted for a Malaysian launch on October 25th. This makes us one of the first in the country to use this camera. One of the outstanding features of the FS700 are its overcrank ability. That’s a film term for recording in high frame rates. That means capturing slow motion footage. Here’s our Sony NEX-FS700 review. Our cameraman, Ma Chiau Ran and team set up the FS700 onto a slider for tracking shots. Portrait shot- the 50mm Nikon lens is attached onto the FS700. LED light panels are used for key and backlight.

The trick is to capture in high in order to speed to slow down action in real time. If your camera can’t capture the action in high speed, doing a ‘Speed Change’ effect in editing or using plug-ins like Twixtor will only take you so far. It’s obvious to they eye that you’re trying to cheat your way through. If you didn’t capture additional frames, the data just isn’t there. Our film director, Pureen and Ma setting up the shot of Master Khoo doing his warm-ups.

The FS700 also carries in its body a 4K sensor- in the near future, once Sony release the firmware update, it can shoot films of up to 4,000 pixels wide. That’s more than TWICE the resolution of High Definition! Those are not the only features of the FS700. By appending the FS700 with NEX in the front, Sony has made this an interchangeable lens camera. Its E-mount accepts Sony lenses. The new LA-EA2 and LA-EA3 adapters lets this camera take in A-mount (or Alpha) lenses. Third party adapters like Kipon or Metabones lets you use EF lenses. Pureen and Chiau Ran discuss to streamline the fight scenes with Master Khoo and Ella Tang.

We promptly booked a kickboxing studio and engaged two professional kickboxers. We had only 3 hours to shoot and we had to work efficient! Master Khoo (a.k.a Red Dragon) and Ella Tang did very well in front of our camera. They didn’t mind the extra takes. They are no strangers to cameras. Both Master Khoo and Ella Tang used to work with film… as stunt doubles in the Hong Kong film industry! Lights, camera, FIGHT! We filmed two sets of each fight scene. One in 200 fps, the other in 25 fps (actual speed).

We only had one unit of FS700 so to capture both fighters from multiple angles, they had to repeat their fight scenes again. We had to shoot in both slow motion and actual speed. Master Khoo and Ella Tang had to rinse and repeat. Each repeat scene were done with precision. The HDMI out let our fighters review their scenes in HD so they can adjust their steps accordingly.

The playback function let us review footage through HDMI connection to an external monitor. Our kick-boxers were able to retrace their steps and augment their moves. They could even see themselves in super slow motion, watching every detail play out. Back into the fray. We shot 2 sets of identical fight scenes at different speeds so we could intercut them during editing.

The camera Sony loaned us is a pre-production unit and we’re sure Sony would fix all the issues we encountered. Some of the problems we faced were the camera overheating and shut down after shooting periodically in high frame rates for about an hour. We used the large NPF970 battery and we are sure it had lots more juice in it but we were forced to change out. Every kick or punch is flawlessly executed. They have to be, because they connect. Muscles bulge and ripple as blows are made and connect.

At any time, 200 frames per second is possible up to 9 seconds. We didn’t feel a need to exceed that as playing back a clip that was shot in high speed for 9 seconds would mean watching it for 72 seconds (25 fps is real time. 200 fps is 8 X faster. 9 seconds in slow motion is 9 X 8 = 72 seconds in real time). We can’t think of a reason in which we want our viewers to watch a single uncut clip for over 2 minutes! There are many EF to NEX adapters out there for you to use EF lenses on Sony cameras. Kipon is an inexpensive brand.

Another issue we faced is the record button on both the handle and body not responding after shooting in high speed for 20 minutes (with very little pauses in between). Again, we had to change the battery (which we are sure still had more charge left) in order to get the camera working again. Another footage review. Right about now, Master Khoo’s lip is bleeding from the punches thrown by Ella yet they soldier on.

Expanded Focus is a feature that give us a magnified view to check focus. In its smaller brother, the FS100, the Expanded View button is located on the body. On the FS700, it’s located on the handle. The handle is detachable, making the FS700 more compact when shooting on tripod or on a stabilizer.

We are extremely pleased with the slow motion footage from the FS700. We could ‘feel’ each blow landing, SEE the muscles bulge when delivering a punch or kick and see the muscles ripple as a blow is taken.

The images are also very sharp, in contrast to the slightly softer footage from DSLRs. Details are captured very well with very little moire or aliasing. Details are maintained in highlights and we get a lot of dynamic range.

Extrapolating additional frames to digitally slow down a video clip is done in editing or specialized plug-ins like Twixtor but these can’t take you very far. There’s a limit to fabricating data that wasn’t there in the first place. Imagine shooting at 240 fps then slowing that down, imagine the possibilities!

The ISO range we shot in were not very high as we brought our own LEDs to proved some creative lighting. We are also very impressed with the large latitude we get from the images. This allows us more flexibility to color grade our footage to get the mood we want.

We shot with a range of lenses from different manufacturers. The available third party adapters meant the E-mount let us shoot with Samyang 14mm, Minotla 28mm, Nikon 35mm and 50mm. This is a really versatile cinema camera with a host of impressive features, especially the fast frame rate capability. The images retain a lot detail and latitude, even when we are shooting direct to SDHC. I expect even better quality images when recording to an external recorder through HD-SDI. Our videography team with Master Khoo and Ella Tang at TNT Kickboxing.

We thank Sony Malaysia for the letting us have a go with the FS700 well before its launch date. We also thank TNT Kickboxing for the use of its premises, for the excellent sparring demo, for doing them again and again!