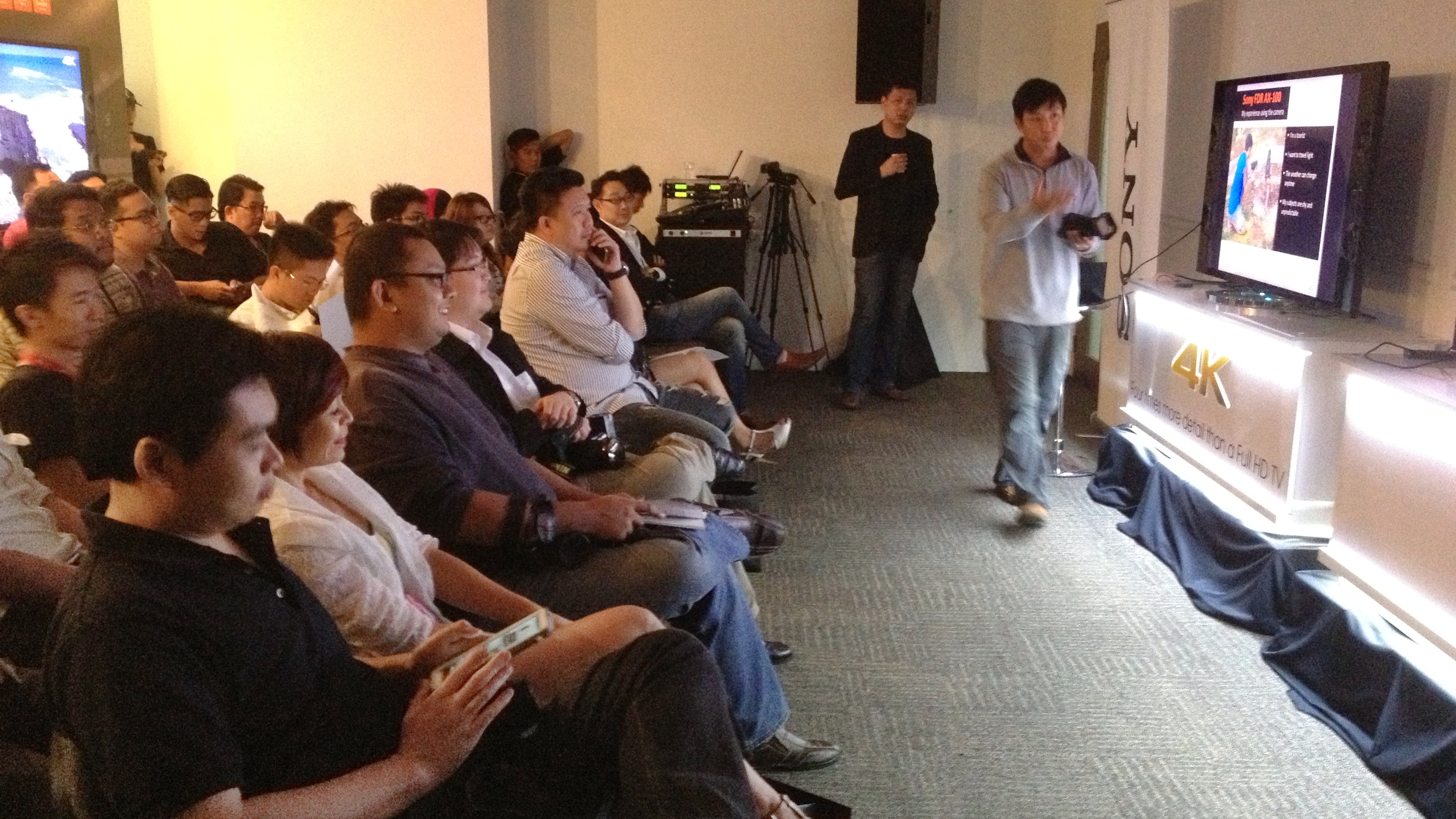 I was one of the invited speakers to this media exclusive event. Sony Malaysia’s Hideyuki Wada, Head of Marketing loved our presentation. It was exciting for us. We completed our shot film entirely in 4K (shoot, edit, output) and had a nice vacation while doing it!

The Sony AX100 4K handycam was a joy to use and even easier to edit in Final Cut Pro X. Only a month ago, I was hired as Steadicam Operator for a Malay movie called Kelip Kelip. I used the Sony F55. While the F55 shoots in 4K, its RM 98,000 price tag is beyond the reach of most film makers. Small and light with 1″ sensor and Zeiss lens. The Sony AX100 handycam shoots video in 4K

The Sony AX100 sports a 1″ sensor, comes with a Zeiss lens and is priced at (officially) RM 6,000. It’s compact, lightweight and intuitive to operate. The lens and sensor combo provided a nice bokeh and crisp footage. The AX100 is a huge contrast to the F55 that I was flying as Steadicam Operator. The AX100 does not have all the bells and whistles of the F55 but it was ideal to use on vacation where you wanted great footage but didn’t want to be hindered by weight and fiddle with technical settings.