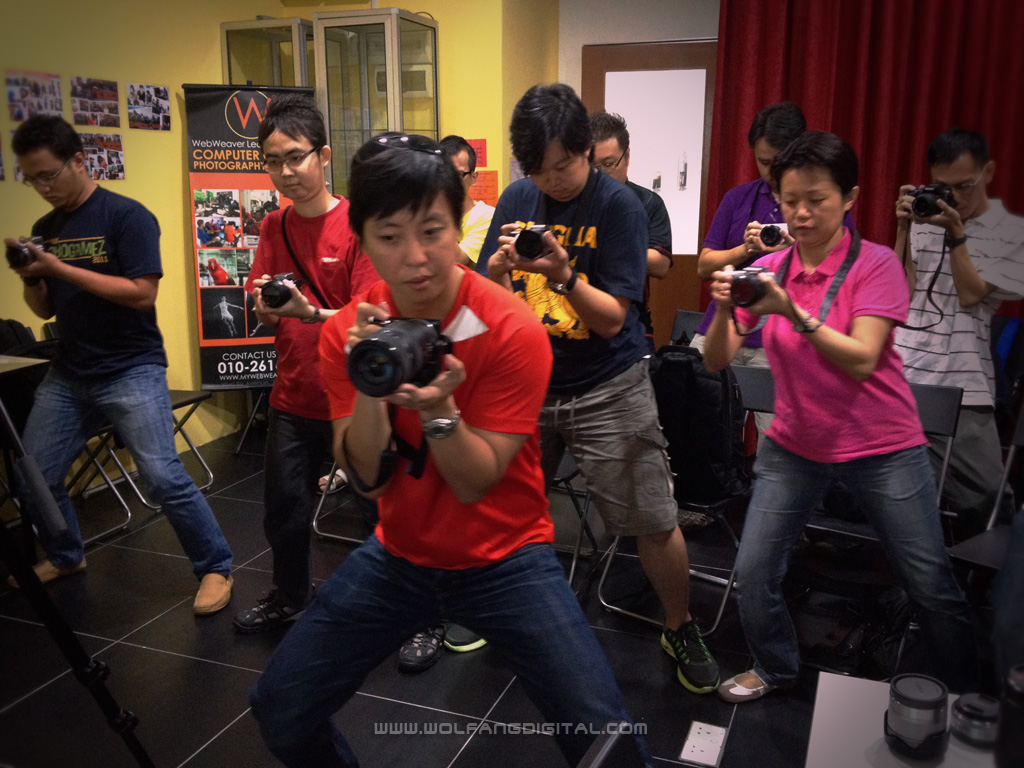 Sony Malaysia has recruited us again to conduct another videography class and we are only too eager to help train their users in the art of the video camera. This time, Sony arranged the class to be held in a modern training center at a busy part of town, in Sentul. WebWeaver Learning Center provided us with a sleek training room complete with all the amenities a trainer could wish for. Participants needed to be well versed in the basics of exposure for photography. Therefore, the topics that were covered were a bit more advanced but more engaging and fun. Learning Hollywood camera moves were the main topic of this class.

Topics covered included handheld camera moves. This encouraged the users to join in some physical activity. We taught participants how to perform handheld dolly, tracking and boom moves.

The feature of this class was to shoot a short ‘drama-style’ clip. Participants divided into groups to undertake this very much hands-on activity. Another feature: hands-on session featured a 'drama-style' dialog between 2 actors. Participants split into groups for this.

We stressed the importance of observing the Hollywood standard 180 Degree rule. The Hollywood standard 180 Degree Rule was taught and observed.

Later on, we demonstrated film editing with Edius. We used the footage from each group for the demo. The class ended with a short demo on film editing with Edius Film Editing Software.

This is only Episode 1 of Basic Film Directing Class. We are looking forward to teach Episode 2!